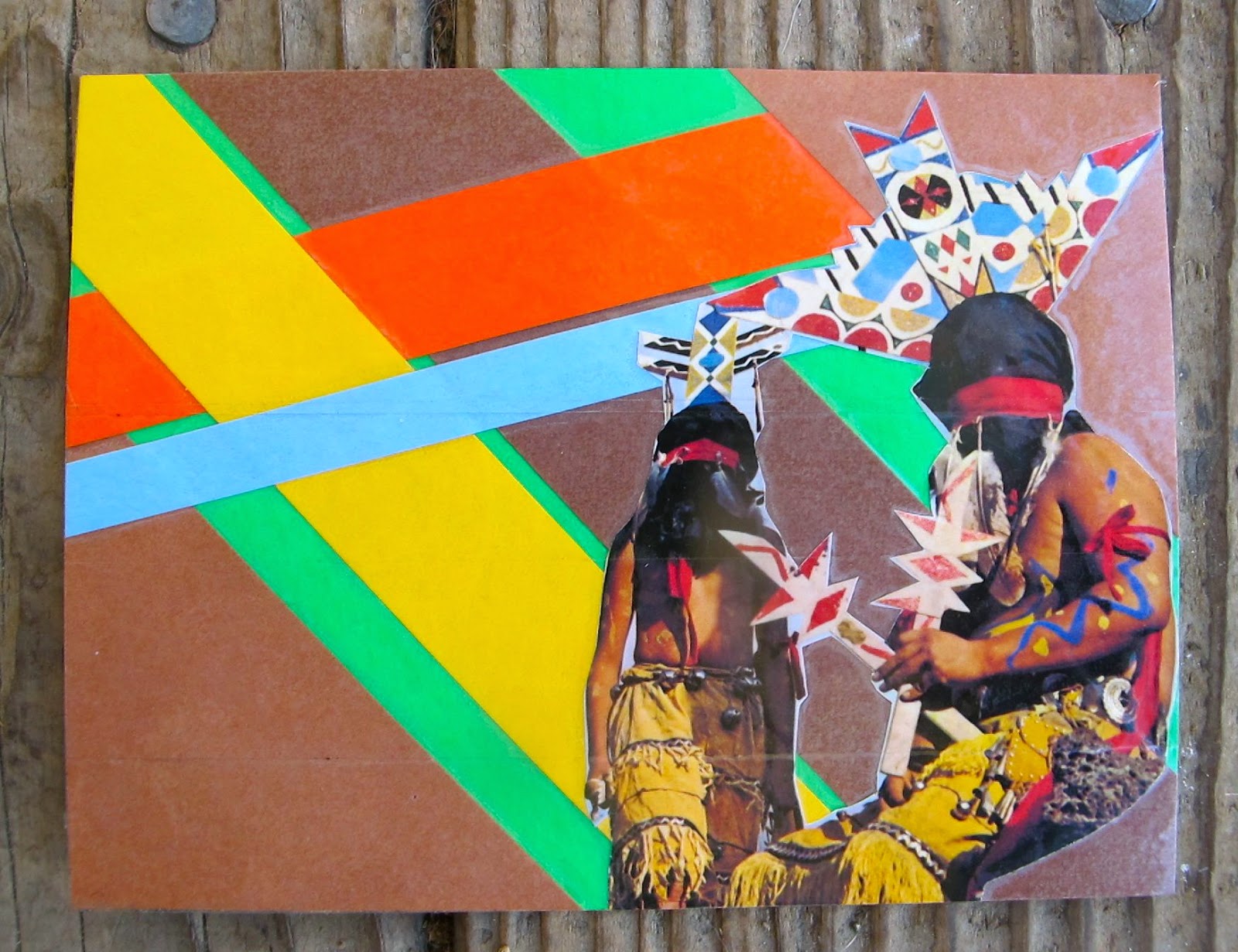 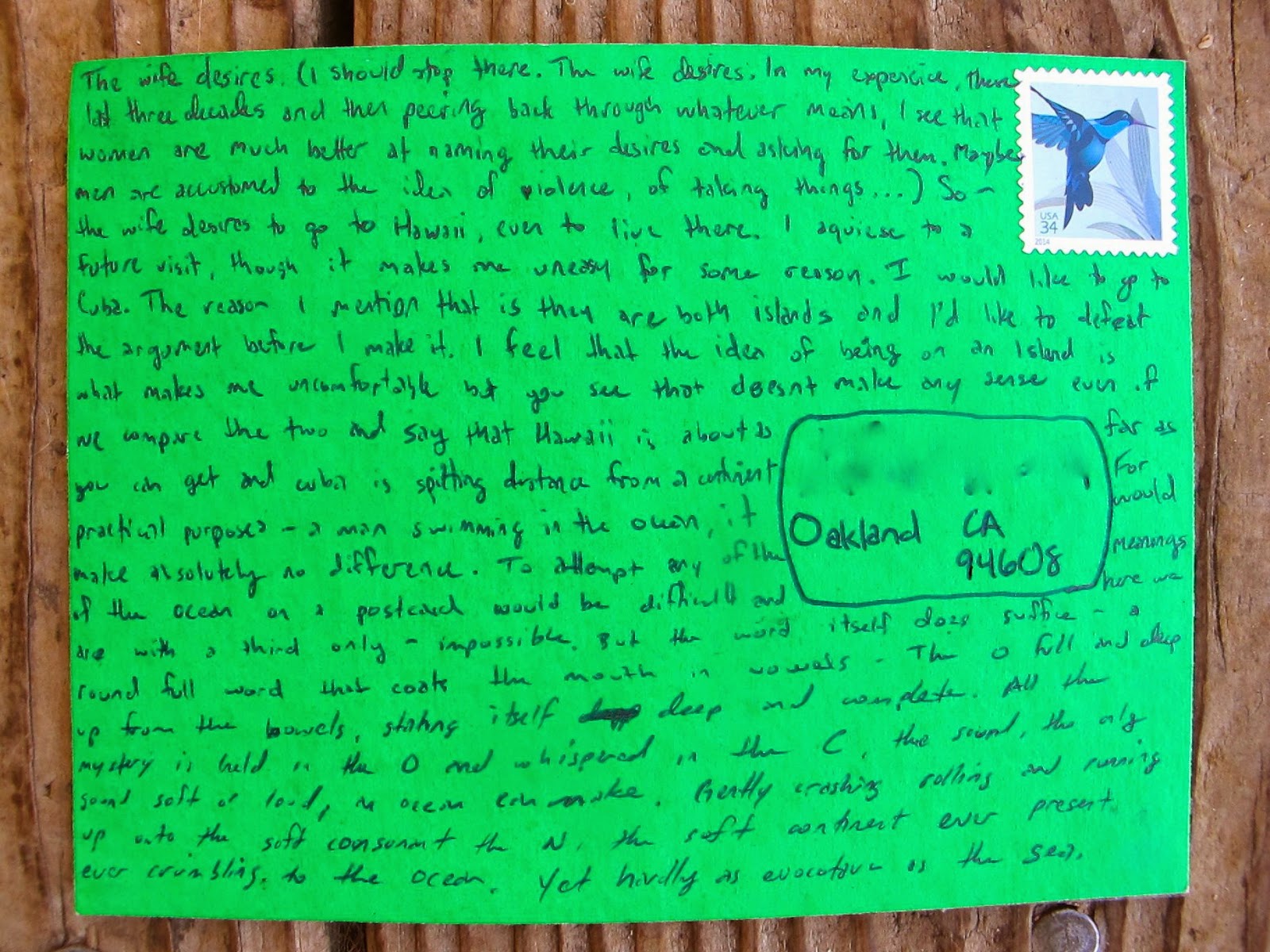 The wife desires (I should stop there. The wife desires. In my experience through the lat three decades and then peering beyond through whatever means, I see that women are much better at naming their desires and asking for them. Maybe men are accustomed to the idea of violence, of taking things) So -- the wife desires to go to Hawaii, even to live there. I acquiesce to a future visit, though it makes me uneasy for some reason. I would like to go to Cuba though. The reason I mention that is they are both islands and I'd like to defeat my argument before I make it. I feel that the idea of being on an island is what makes uncomfortable but you see that doesn't make any sense even if we compare the two and say that Hawaii is about as far as you can get and Cuba is spitting distance from a continent. For practical purposes -- a man swimming in the ocean -- it would make absolutely no difference. To attempt any of the meanings of the ocean on a postcard would be difficult, and here we are with a third only -- impossible. But the word itself does not suffice -- a round full word that coats the mouth in vowels. The O full and deep, up from the bowels stating itself deep and complete. All the mystery is held in the O and whispered in the C, the sound, the only sound soft or loud an ocean can make. Gently crashing rolling and running up onto the soft consonant N. The soft continent ever present, ever crumbling, to the ocean.
Yet hardly as evocative as the Sea.
Posted by ncdarquea at 8:03 PM