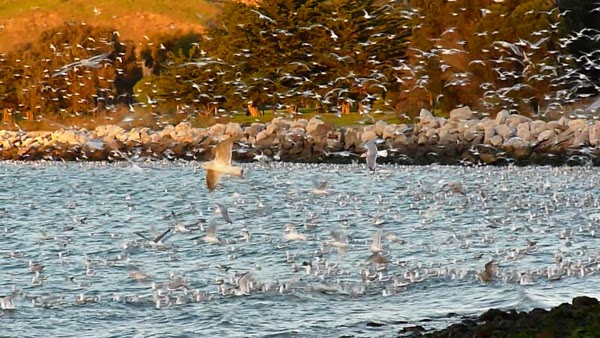 It finally rained.
My Favorite gate, when closing,
no longer makes its sounds.
Posted by ncdarquea at 8:02 PM No comments:

About writing, about drying out, about rotting


Each day here is more of a season I am creating. Autumn internal. As a mature adult,I have been - and continue in the flesh to be - a remorseless Dionysian. Show me purity and my first impulse is to pull it up, show it the soil on its roots, make some new soil. There are many people who have me in their lives for just that need - a steady, quiet, irrevocably innocent corruption.
I quit drinking two weeks ago, committed myself to a year of alcohol related sobriety. I love revelry. I have a taste for wine, beer and whiskey. I embrace darknesses and I loathe the concept of abstinence of any kind. The totality. Two reasons Have led to this decision then. I have been blacking out - something embarrassing to admit - more and more frequently at lesser and lesser thresholds. Waking to nulled debauchery, good and bad, is too much darkness for me, or maybe too specific a kind of darkness. I have had some remarkable experiences and done some shameful things that I do not recall.
All this that I have talked about so far are adult experiences. I take joy in challenging purities but there is the other half of my life, the stable external, the sweet Apollonian faces of my young boys and the naive huntress in my daughter. That part of my life shows me that some purity must mature. I must over the course of husbanding them to adulthood, guide them to a maturity of complexity and paradox, but I cannot force it. Cannot push it on them with my actions.
So I back off and internalize. I nurture the introvert in a quiet bed of fiery autumn leaves.
That this coincides with autumn helps
That i had begun, without intent, to read poetry helps
That the woman in my bed is a brandished fire I must nurture and appropriate at arms length helps
And as my mouth goes mute and the impresario withers, my third eyes opening slowly and aged.
I am committing verse to memory and reciting aloud to myself while I work in nature and in public.
I am writing a novel - wading into a dark and mad sea. I had been fleshing out a play, a surreal morality farce set in the exhaust of the civil war, but caught tied up in themes and characters. Like a doomed general I was plotting and strategizing and mapping while William Tecumseh Sherman - not even appearing - marched straight and through and overwhelmed with daemonic strength. The play was lost and I was left to wrestle with him.
Sherman is of course famous for or infamous for burning a mile wide path from Atlanta to the Atlantic. An act of what he called Total warfare. He was Lincoln's avenging angel, killing first borns and salting the earth for the righteous cause of the union. Total warfare because he recognized the enlightenment idea that the governed are ruled over only at their own consent. A nation at war does so only with the collaboration of its populace.
There is an episode of Star Trek where two planets wage war by computer proxy and though the citizenry are subject to randomized casualties, the horror and destruction are bypassed. This is rather a topsy turkey version of our convention of waging war on others by remote mechanical proxy. The bold Captain Kirk called for a total war and for an experience of horror and consequence. I find myself agreeing with this despite a developed sense of pacifism. I see the most effective deterrent to mass human violence is the horror specific to it. Now, we neither see nor feel the violence we inflict and so commit to it at our leisure. How do we release ourselves of casual violence so addictive that even our language of peace is infested with it?
So shook, i commit to my novel, tied by this tortuous link to a tether held by a man who is not even a character in a derelict play. I have found the secret. We must give up some things that we love and are committed to. We must give up decency and morality to commit to war. We must become destroyers. We must give up causes and interests to commit to peace. It cannot come with our security and luxury intact, nor with our force to power cohesive. We must give up comfort and nurture to commit to love. Because all violence is related so is all peace.
The secret to writing that I have found is to move straight ahead without thought or pause. To write horribly and incoherent. to forget characters' names and develop nothing. To not step out of time but cease to consider it. To carve a swath wide and merciless with bull feet raging. I have turned the ritual madness and ecstasy inward toward the page and given it up so that I may cultivate cool and brightness. My children, my wife get an even-headed man, head of house and bringer of fortune and grace. Me - I get a fecundating compost of maenads and minotaur and tree roots. I get to make up a man a subject him to a total collapse of love as cognitive dissonance, to abandon, to spiritual ecstasy, hedonism and immeasurable violence, immerse him in a mad ocean and wash him up on a strange and hostile shore - a reborn human.
I saw Bill Callahan twice this weekend, right up front. He opened with White Light/White Heat. He closed with this song - https://www.youtube.com/watch?v=F44qDHAMw2M
Posted by ncdarquea at 8:17 PM No comments: