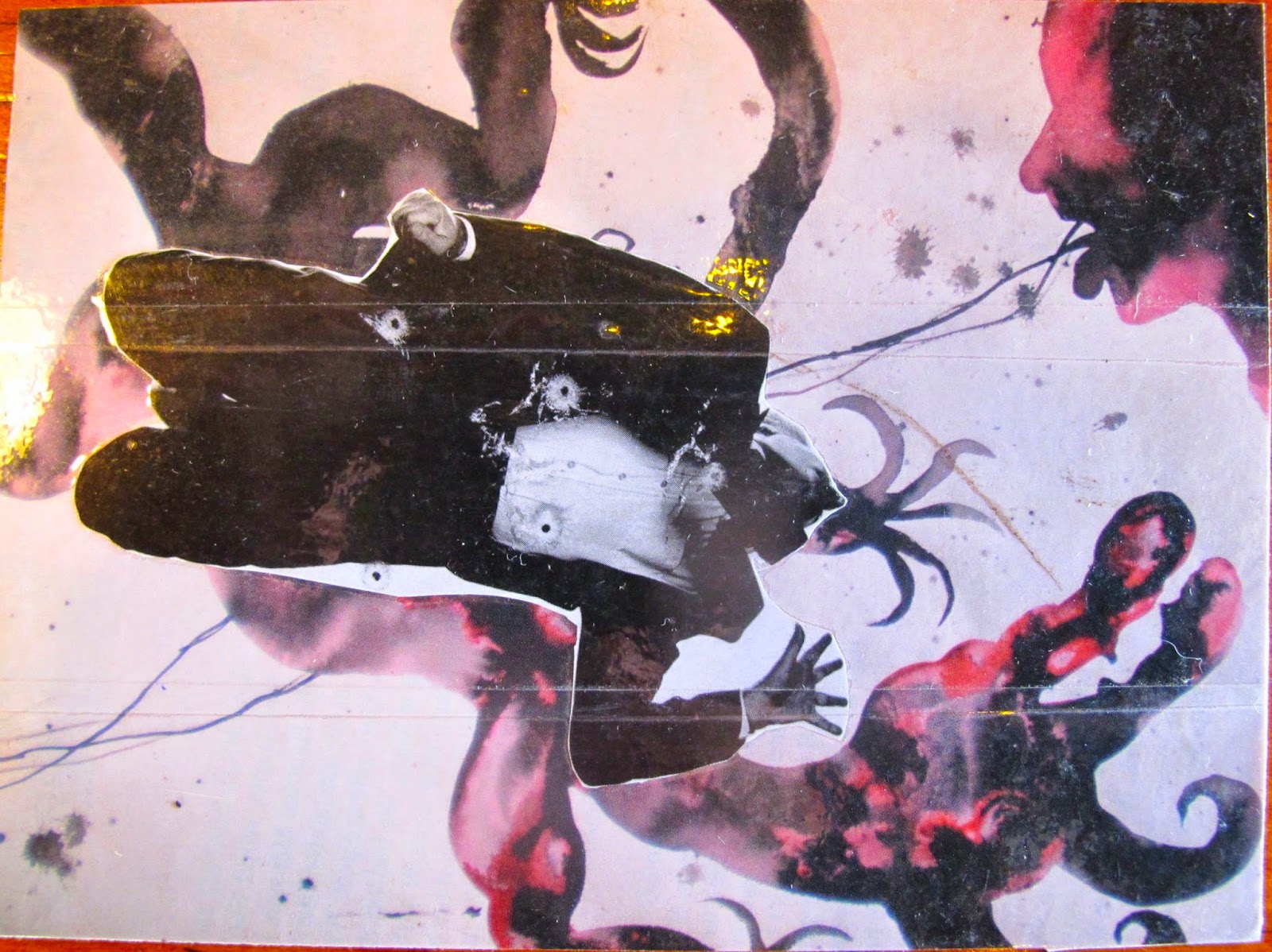 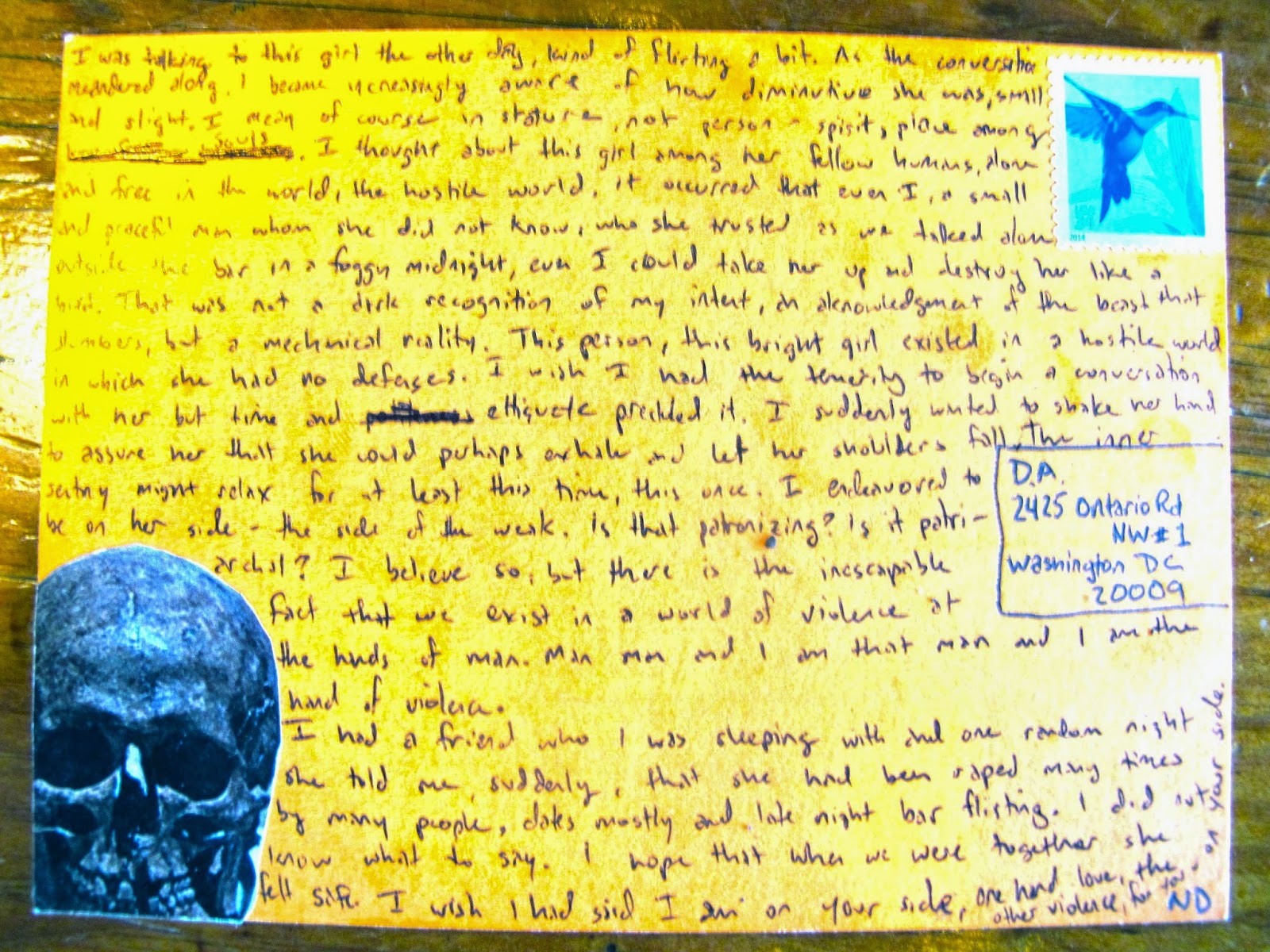 I was talking to a girl the other day, kind of flirting a bit. As the conversation meandered along, I became increasingly aware of how diminutive she was, small and slight. I mean of course in stature, not person -- spirit, place among souls. I thought about this girl among her fellow humans, alone and free in  the world, the hostile world. It occurred that even I, a small and peaceful man whom she did not know, whom she trusted as we talked alone outside the bar on a foggy midnight, even I could take her up and destroy her like a bird. That was not a dark recognition of my intent, an acknowledgment of the beast that slumbers, but a mechanical reality. This person, this bright girl existed in a hostile world in which she had no defenses. I wish I had the temerity to begin this conversation with her, but time and etiquette precluded it. I suddenly wanted to shake her hand to assure her that she could perhaps exhale and let her shoulders fall. The inner sentry might relax for at least this time, this once. I endeavored to be on her side - the side of the weak. Is that patronizing? Is it patriarchal? I believe so, but there is the inescapable fact that we exist in a world of violence at the hands of man. Man, man and I am that man and I am the hand of violence.
I had a friend who I was sleeping with and one random night she told me that she had been raped many times by many people, dates mostly and late night bar flirting. I did not know what to say. I hope that when we were together she felt safe. I wish I had said, I am on your side, one hand love the other violence,  for you and on your side.
Posted by ncdarquea at 6:34 PM