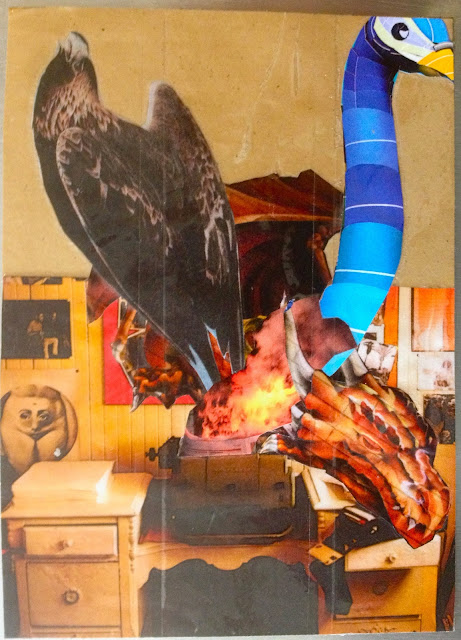 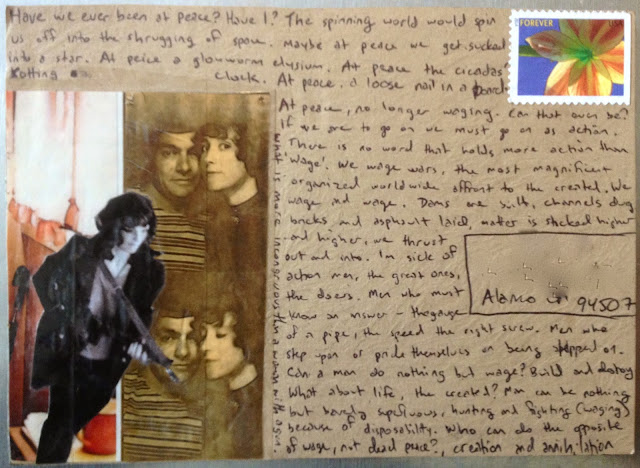 Have we ever been at peace? Have I? The spinning world would spin us off into the shrugging of space. Maybe at peace, we get sucked into a star. At peace a glow worm elysium. At peace the cicadas' rotting clock. At peace a loose nail in a board. At peace no longer waging. Can that even be? If we are to go on we must go on as action. There is no word that holds more action than 'wage'. We wage wars, the most magnificent worldwide affront to the created. We wage and wage. Dams are built, channels cut, bricks and asphault laid, matter stacked higher and higher, we thrust out and into. I'm sick of action men, the great ones, the doers. Men who must know an answer -- the gauge of a pipe, the speed, the right screw. The value of a thing. Men who step upon and pride themselves at being stepped on. Can a man do nothing but wage? Build and destroy? What about life, the created? Man can be nothing but barely superfluous, hunting and fighting, waging because of his disposability. Who can do the opposite of wage? Not dead peace,  Who can do creation and annihilation?

What is more incongruous than a woman with a gun?
Posted by ncdarquea at 4:44 PM