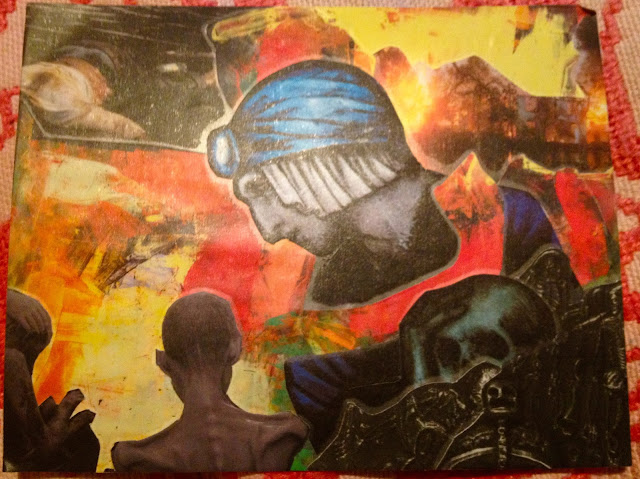 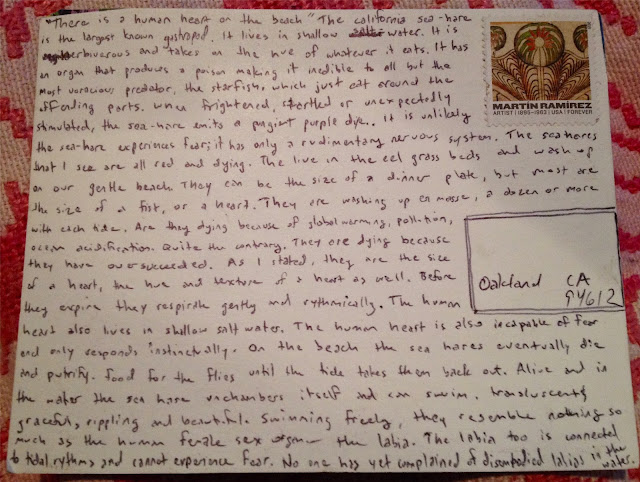 "There is a human heart on the beach!" The california sea hare is the largest known gastropod. It lives in shallow salt water. It is herbivorous and takes on the hue of whatever it eats. It has an organ that produces a poison that makes it inedible to al but the most voracious of predators, the starfish anemone, which will just eat around the offending parts. When frightened, startled or unexpectedly stimulated, the sea hare emits a pungent purple dye. It is unlikely the sea hare experiences fear; it has only a rudimentary nervous system. The sea hares that I see are all red and dying. They live in the eel grass beds and wash up on our gentle beach. They can be the size of a dinner plate, but most are the size of a fist, or a heart. They are washing up en masse, a dozen or more with each tide. Are they dying because of global warming, pollution, ocean acidification...? Quite the contrary. They are dying because they have over-succeeded. As I stated, they are the size of a human heart, the hue and texture of a heart as well. Before they expire they respirate gently and rhythmically. The human heart also lives in shallow salt water. The human heart is also incapable of fear and responds instinctually. On the beach the sea hares eventually die and putrefy -- food for the flies until the tide takes them back out. Alive and in the water, the sea hare un-chambers itself and can swim, translucent and graceful, rippling and beautiful. Swimming freely, they resemble nothing so much as the human female sex organ, the labia. The labia, too, is connected to tidal rhythms and cannot experience fear. No one has yet complained of disembodies labias in the water.

Off postcard note: The california sea hare is hermaphroditic, and participates in sexual congress as both male and female at once, forming sex chains of up to twenty animals, lasting for hours or even days, even though the mechanics take only a few minutes.
Posted by ncdarquea at 6:26 PM