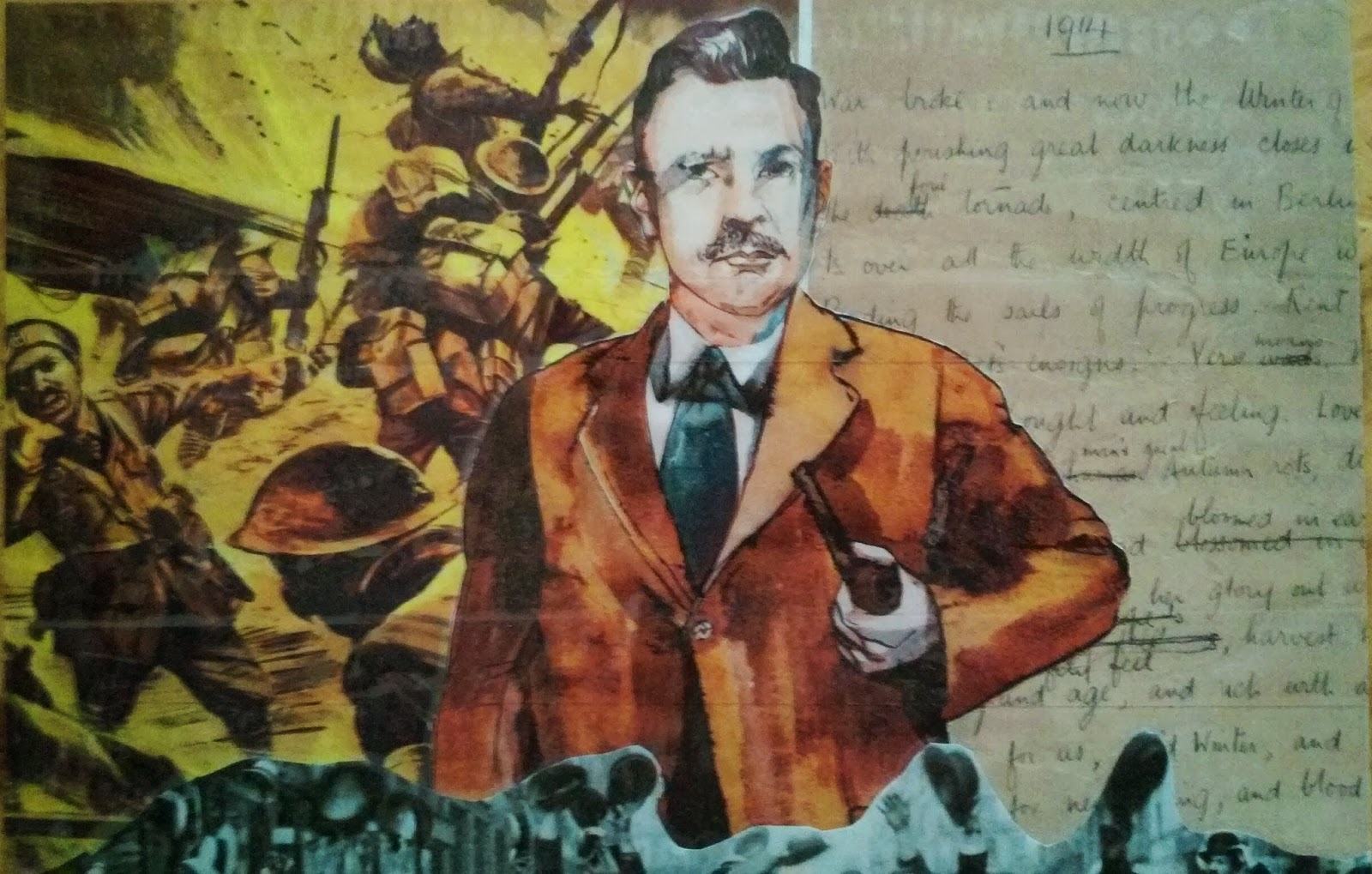 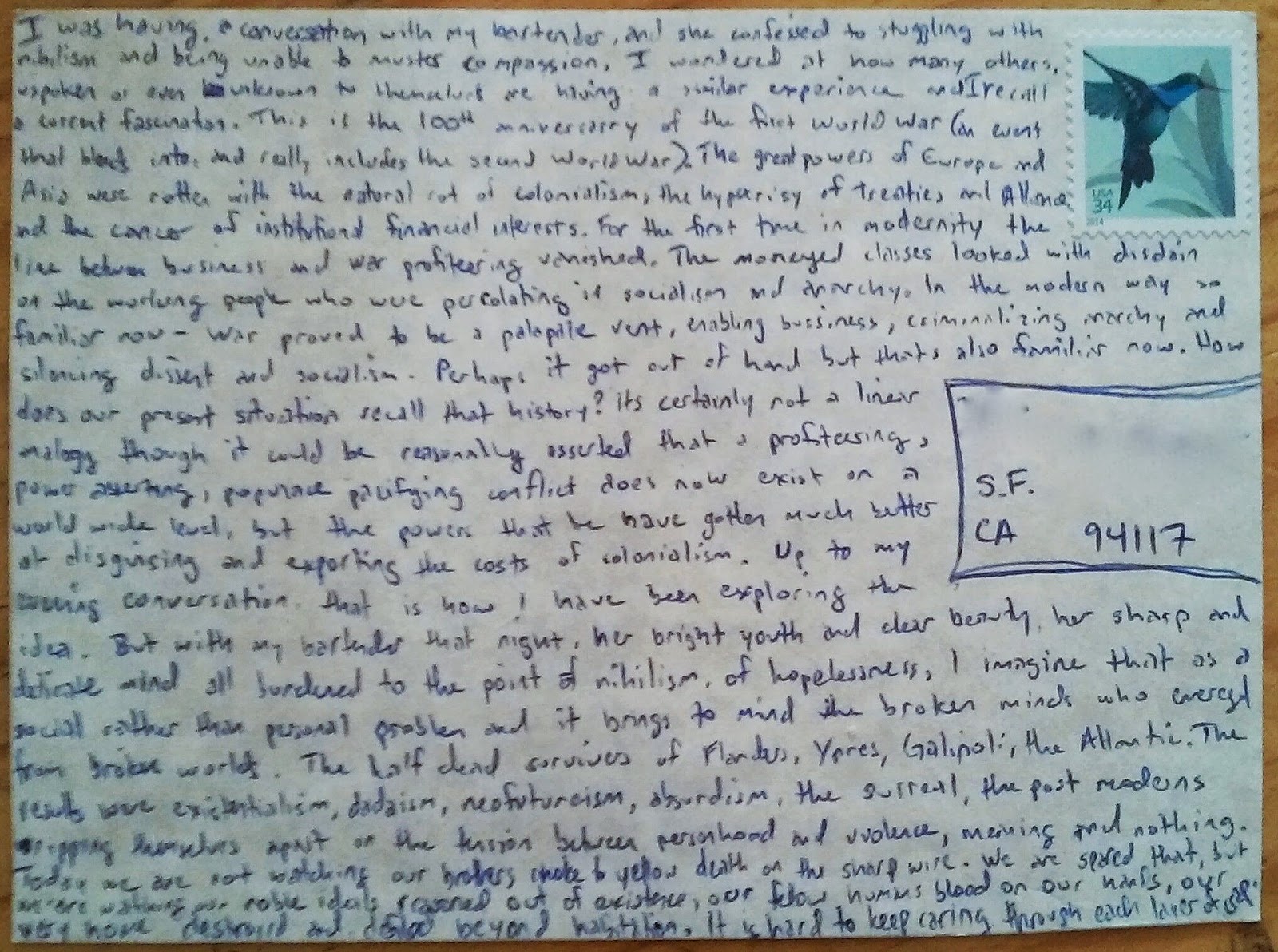 I was having a conversation with my bartender and she confessed to struggling with nihilism and being able to muster compassion. I wondered at how many others, unspoken or even unknown to themselves, are having a similar experience and I recall a current fascination. This is the 100th anniversary of the first world war (an event that bleeds into and really includes the second world war). The great powers of Europe and Asia were rotten with the natural rot of colonialism, the hypocrisy of treaties and alliances and the cancer of institutionalized financial interests. For the first time in modernity the line between business and war profiteering vanished. The moneyed classes looked with disdain on the working people who were percolating in socialism and anarchy. In the modern way so familiar now -- war proved to be a palpable vent, enabling businesses, criminalizing anarchy and silencing dissent and socialism. Perhaps it got out of hand, but that is also familiar now. How does our present situation recall that history? Its certainly not a linear analogy, though it could reasonable asserted that profiteering, power asserting, populace pacifying conflict does now exist on a world-wide level, but the powers that be have gotten much better at disguising and exporting the costs of colonialism. Up to my evening conversation, that is how I have been exploring the idea. But with my bartender that night, her bright youth and clear beauty, her sharp and delicate mind all burdened to the point of nihilism, of hopelessness, I imagines that as a social rather than a personal problem and it brings to mind the broken minds who emerged from broken worlds. The half-dead survivors of Flanders, Ypres, Gallipoli, the Atlantic. The results were existentialism, dadaism, neo-futurism, absurdism, the surreal, the postmoderns ripping themselves apart on the tension between personhood and violence, meaning and nothing. Today, we are not watching our brothers choke to yellow death on the sharp wire. We are spared that, we are watching our noble ideals reasoned out of existence, our fellow human's blood on our hands, our very home destroyed and defiled beyond habitation. It is hard to keep caring through each layer of crap.
Posted by ncdarquea at 8:40 AM