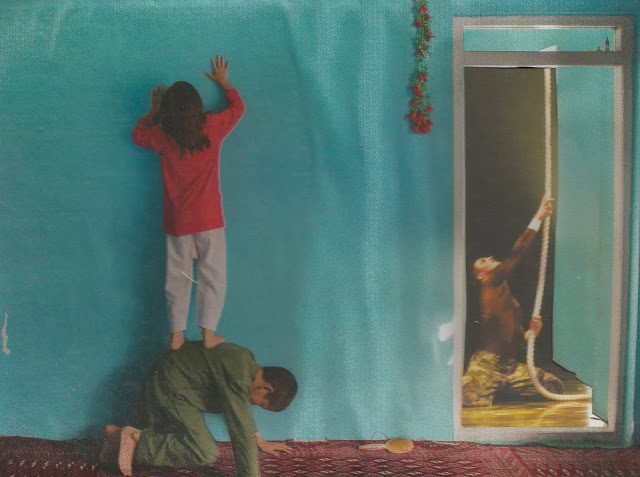 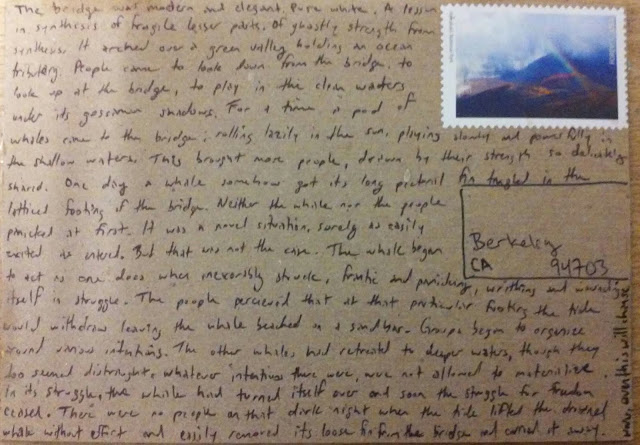 The bridge was modern and elegant. Pure white. A lesson in synthesis of fragile lesser parts. Of ghostly strength from synthesis. It arched over a green valley holding an ocean tributary. People came to look down from the bridge, to look up at the bridge, to play in the clean waters under its gossamer shadows. For a time, a pod of whales came to the bridge, rolling lazily in the sun, playing slowly and powerfully in the shallow waters. This brought more people, drawn by their strength so delicately shared. One day, a whale somehow got one of its long pectoral fins tangled in the lattice footworks of the bridge. Neither the whale nor the people panicked at first. It was a novel situation, surely as easily exited as entered. But that was not the case. The whale began to act as one does when inexorably stuck, frantic and panicking, writhing and wounding itself in the struggle. The people perceived that at that particular footing, the tide would withdraw leaving the whale beached on a sandbar. Groups began to organize around various intentions. The other whales had returned to deeper waters, though they too seemed distraught. Whatever intentions there were, were not allowed to materialize. It its struggle, the whale had turned itself over and soon the fight for freedom ceased. There were no people on that dark night when the tide lifted the drowned whale without effort and easily removed its slack fin from the bridge footing, and carried the whale away.