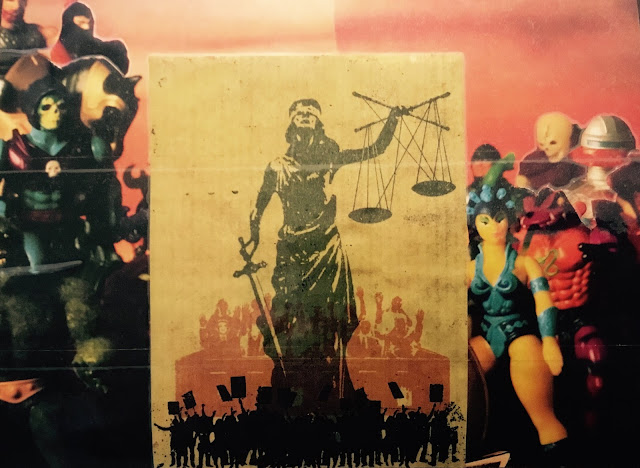 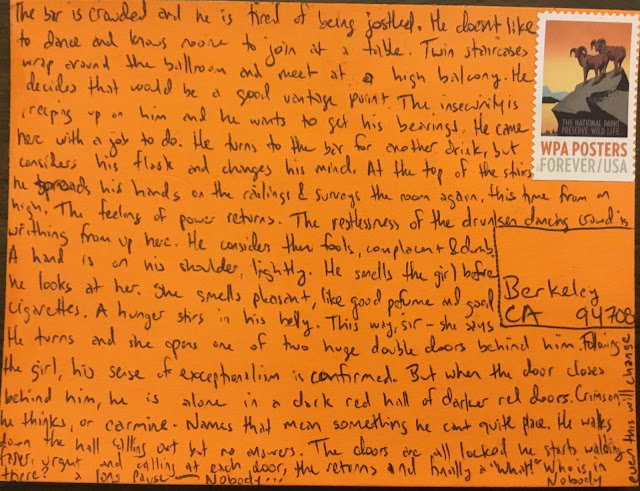 The bar is crowded and he is tired of being jostled. He doesn't like to dance and knows no one to join at a table. Twin staircases wrap around the ball room and meet at a balcony. He decides that would be a good vantage point. The insecurity is creeping up on him and he wants to get his bearings. He came here with a job to do. He turns to the bar for another drink, but considers his flask and changes his mind. At the top of the stairs, he spreads his hands on the railing and surveys the room again, this time from on high. The feeling of power returns. The restlessness of the drunk dancing crowd is writhing from up here. He considers them fools, complacent and dumb. A hand is on his shoulder, lightly. He smells the girl before he looks at her. She smells pleasant, like good perfume and good cigarettes. A hunger stirs in his belly. This way, sir -- she says. He turns and she opens one of two huge double doors behind him. Following the girl, his sense of exceptionalism is confirmed. But when the door closes behind him, he is alone in a dark red hall of darker red doors. Crimson, he thinks, or carmine. Names that mean something he cannot quite place. He walks down the hall calling out but no one answers. The doors are all locked. He starts walking faster, urgently and calling at each door, then returns and finally a 'What?'. Who's in there? he asks with glowing desperation. a long pause follows.       'Nobody.'                                                                 'Nobody.'
Posted by ncdarquea at 7:42 AM