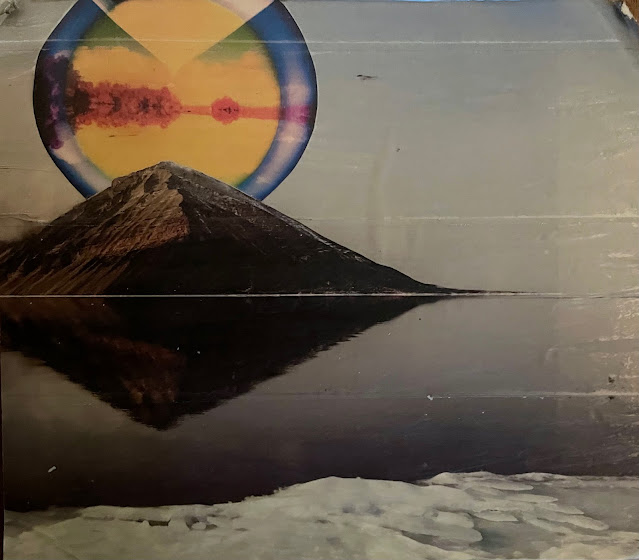 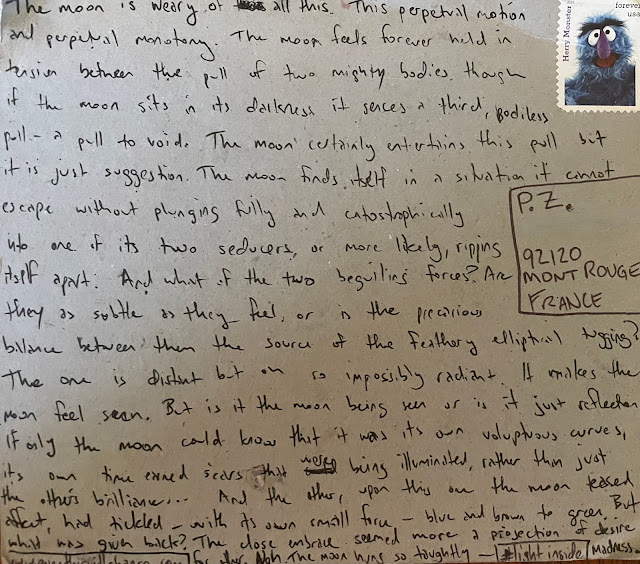 The Moon is weary of all this.
The perpetual motion and perpetual monotony.
The moon feels forever held in tension between the pull of two mighty bodies.
Though if the Moon sits in ts darkness it senses a third, bodyless pull
-- a pull to void.

The Moon certainly entertains this pull,
but it is just suggestion. The Moon finds itself in a situation
it cannot escape without plunging fully
and catastrophically into one of its two seducers or
ripping itself apart.

And what of the two beguiling forces?
Are they as subtle as they feel,
or is the precarious balance between them
the source of the feathery elliptical tugging?

The one is distant but so impossibly radiant.
It makes the Moon feel seen, but is the Moon being seen?
Or is it just reflection? If only the Moon could know it was
its own voluptuous curves, its own time earned scars being illuminated,
rather than just the other's brilliance...

And the other... upon this one the Moon teased effect,
had tickled blue -- with its own small force -- to brown and green.
But what was given back? The close embrace seemed more a projection
of desire. Now? The Moon hangs so tautly
-- madness