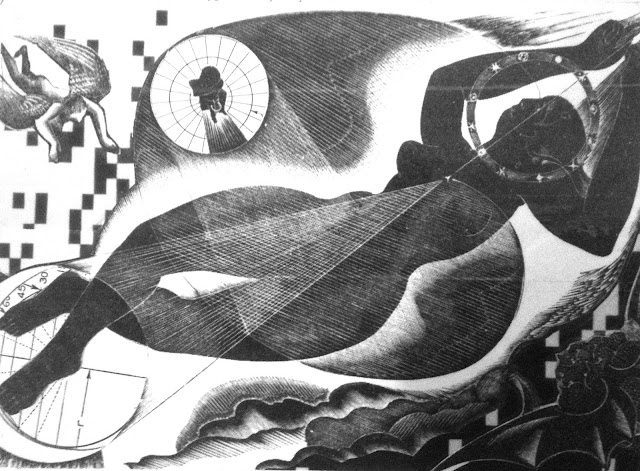 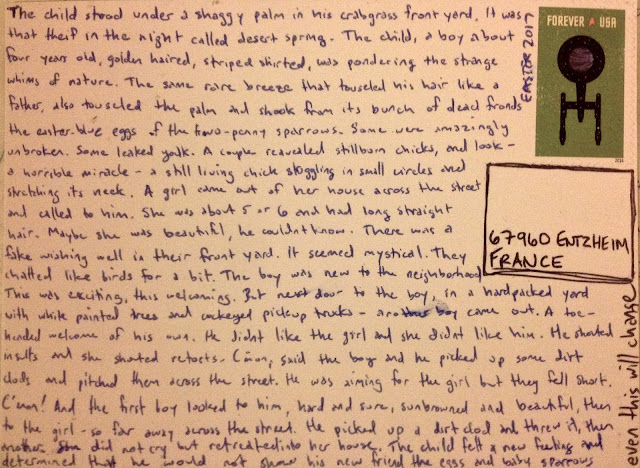 The child stood under a shaggy palm in his crabgrass frontyard. It was that thief in the night, called desert spring.  The child, a boy about four years old, golden-haired, striped-shirted, was pondering the strange whims of nature. The same rare breeze that tousled his hair like a father, also tousled the palm and shook from its bunch of dead fronds the easter-egg blue eggs of two-penny sparrows. Some were, amazingly, unbroken. Some leaked broken yolk. A couple revealed still-born chicks. And look -- a horrible miracle -- a still living chick struggling in small circles and stretching its neck. A girl came out of her house across the street and called to him. She was about five or six and had long straight hair. Maybe she was beautiful; he couldn't know. There was a fake wishing well in her front yard. It seemed mystical. They chattered like birds for a bit. The boy was new to the neighborhood and this was an exciting welcoming. But next door, in a hardpacked yard with white-painted trees and cockeyed pickup trucks, another boy emerged. He didn't like the girl and she didn't like him. He shouted across insults and she shouted retorts. C'mon, said the boy, and he picked up some dirtclods and pitched them across the street. He was aiming for the girl but they fell short. C'mon! And the first boy looked to him, hard and sure, sunbrowned and beautiful, then to the girl, so far away across the street. He picked up a dirtclod and threw it, then another. She did not cry, but retreated into her house. The child felt a new feeling and determined that he could not show his new friend the eggs and baby sparrows.
Posted by ncdarquea at 8:17 PM